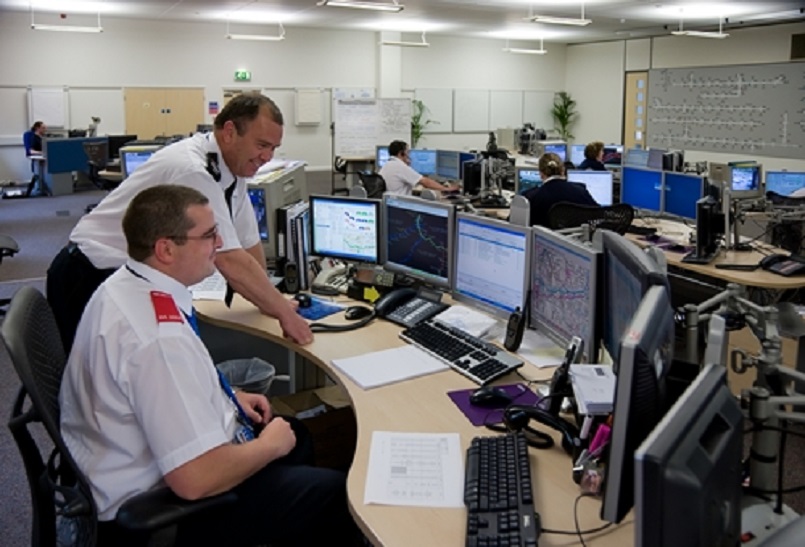 Modern police officers are often enmeshed in data. In fact, most law enforcement professionals spend 92 percent of their time obtaining, analyzing and sharing case information, according to one study published in the journal Public Performance and Management Review. The development of advanced information-storage solutions has, of course, streamlined these processes and facilitated the adoption of new, data-based field technology such as body cameras and gunshot-detection systems. Still, police departments have room to grow, especially in the area of cloud computing.

Currently, only 16 percent of municipal law enforcement agencies take advantage of cloud services, the online magazine Government Technology reported. This will have to change, as new threats force departments to expand their information technology infrastructures to adopt new crime-fighting software solutions. For example, many are turning to social media tracking systems to address web-based criminal activity and gather information, according to The Washington Post. Local police forces spend an estimated $4.75 million per year on these tools, which require advanced network support. Most traditional on-premises storage systems simply cannot prop up this technology and other enforcement innovations. Yet, many departments are attempting to make do out of information security and privacy concerns.

However, Microsoft is pushing back against these notions, rolling out cloud solutions tailored to law enforcement agencies via its Azure Government platform.
Addressing compliance security
In October, Microsoft representatives attended the 2016 International Association of Chiefs of Police conference in San Diego, California, according to a company press release. Officials for the software maker used this time to address two key concerns cloud opponents often raise: compliance and security.

Police departments in 23 states must adhere to data security guidelines established by the FBI’s Criminal Justice Information Services department. These regulations cover a whole host of topics, including encryption, network auditing and system access. Azure Government gives users the tools they need to comply with the CJIS and is the first cloud platform to qualify for the ISO 22301 certification, which sets out government standards for business continuity and disaster recovery features.

“Government and law enforcement agencies across the United States are turning to Azure Government for the end-to-end cloud solution they can trust, for the security and compliance they require,” Michael Donlan, vice president for Microsoft’s state and local government division, told attendees at IACP conference. “Our cloud powers real-time, intelligence-led, first-response capabilities that enable law enforcement to do more, and achieve more, for the citizens they serve – today and into the future.”

The forward march of automated technology has enabled police departments across the country to adopt drones and other advanced web-enabled equipment. Currently, only 7 percent of local forces serving 1 million or more residents have access to unmanned aerial vehicles, according to data from the Department of Justice. However, this number could soon grow as more departments find success with the devices. Donlan showed off the Aeryon SkyRanger drone, which leverages the Azure Government IoT Hub to stream live video to officers in the field and back at headquarters. He also touched on Microsoft’s collaboration with the Detroit Police Department – a project that resulted in the installation of dozens of live-streaming cameras. Ultimately, the equipment catalyzed a 50 percent drop in violent crime in one of the city’s most troubled sections.

“The cloud-based technology has made it possible for us to instantly access surveillance video, which allows us to respond faster than ever before to robberies and potential violent crime,” Detroit PD Chief James Craig explained. “In one situation we were able to catch a suspect in just two hours because we had that real-time access and strong, actionable intelligence when we arrived on the scene.”
Azure Government marches on
In the weeks since the IACP conference wrapped up, Microsoft has expanded its law enforcement portfolio considerably. In December, the company struck up a partnership with the London Police Department, implementing a customized Azure Government installation that allows information technology administrators to store and view video files from the body cameras of more than 22,000 officers. As Microsoft continues to partner with law enforcement agencies and further develop its Azure Government offerings, more departments will gravitate toward the cloud and ultimately gain new policing capabilities that make communities here and abroad safer.

Sorry, the comment form is closed at this time.

Techminds Group envisions being the world’s most successful and the largest IT solutions provider. In order to achieve our vision, we follow a set of few core-values that are never compromised: Our Vision, Integrity, Honesty , Loyalty , Service Excellence